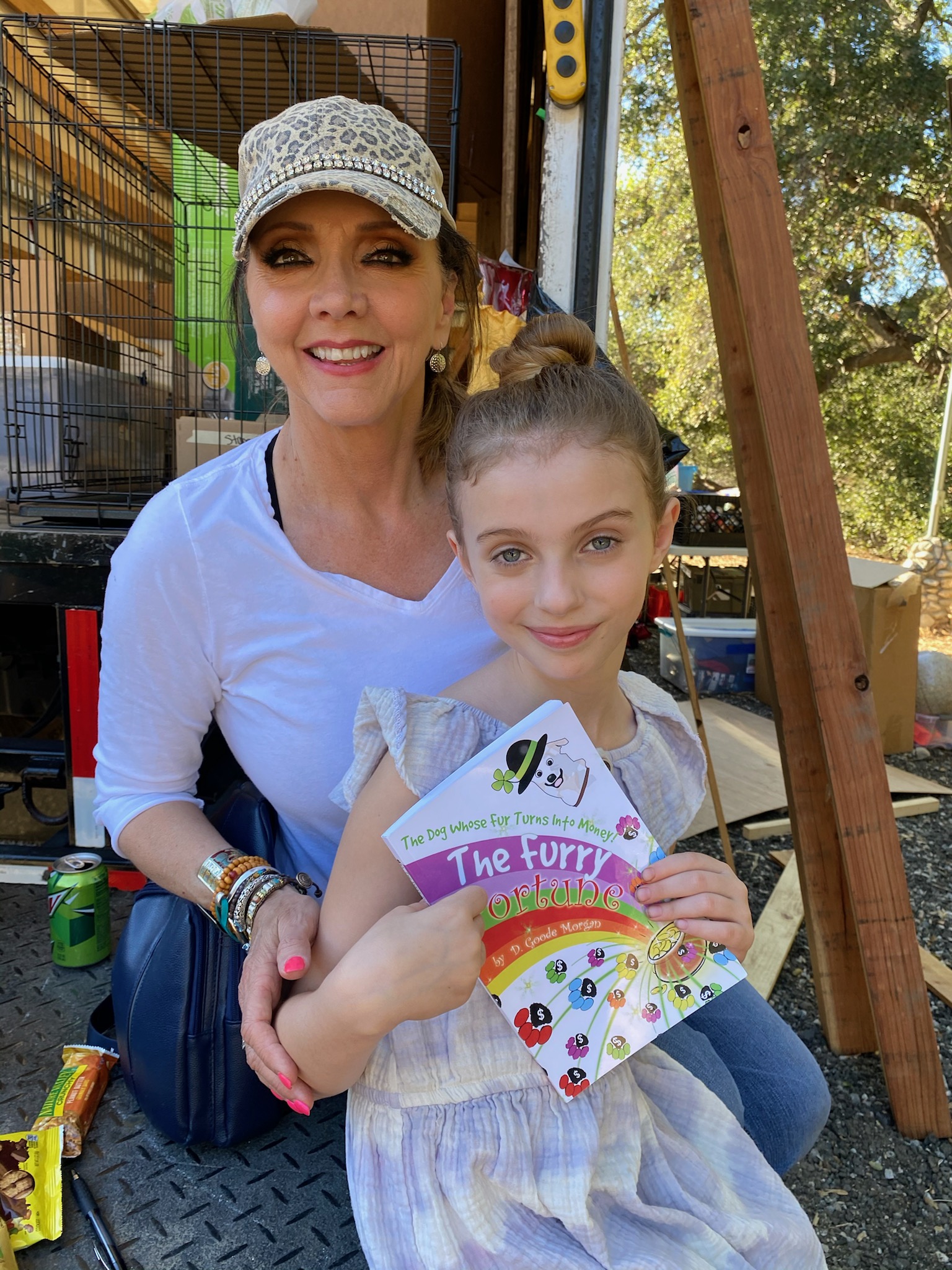 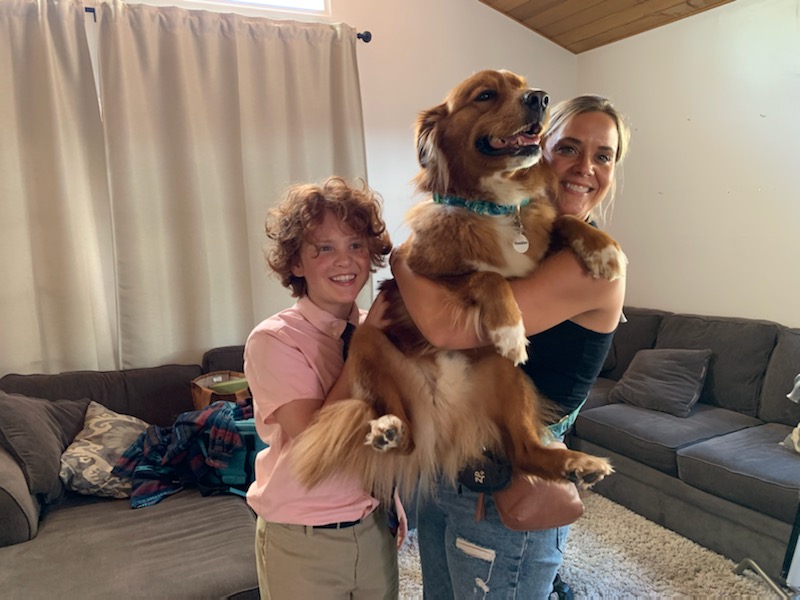 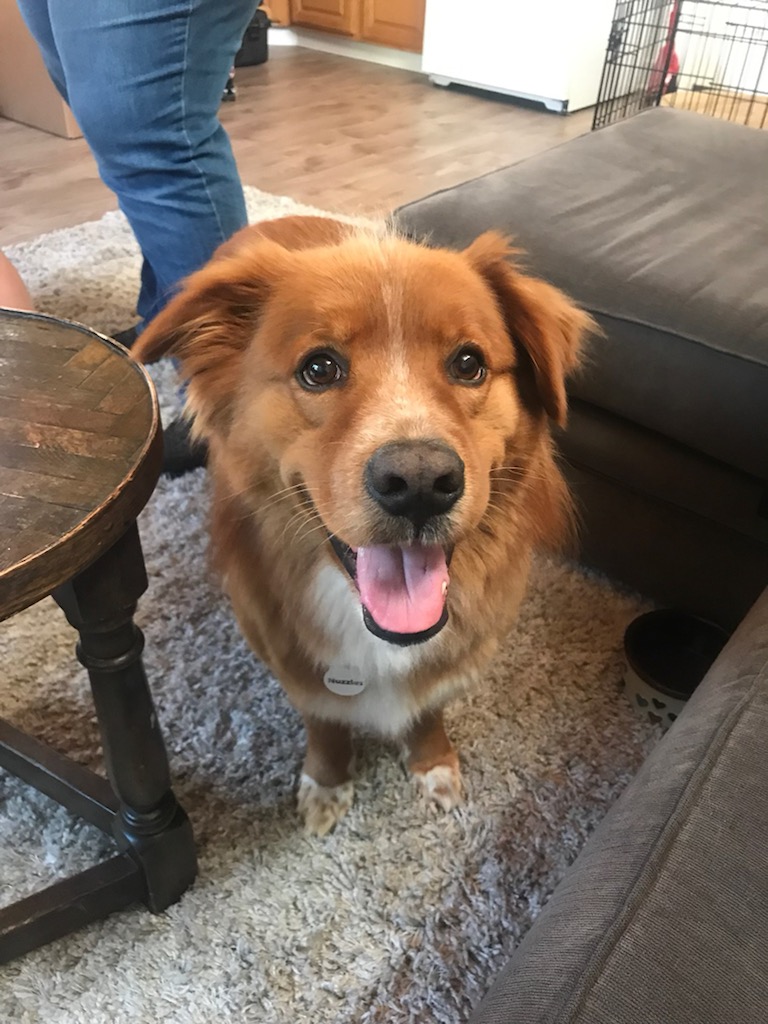 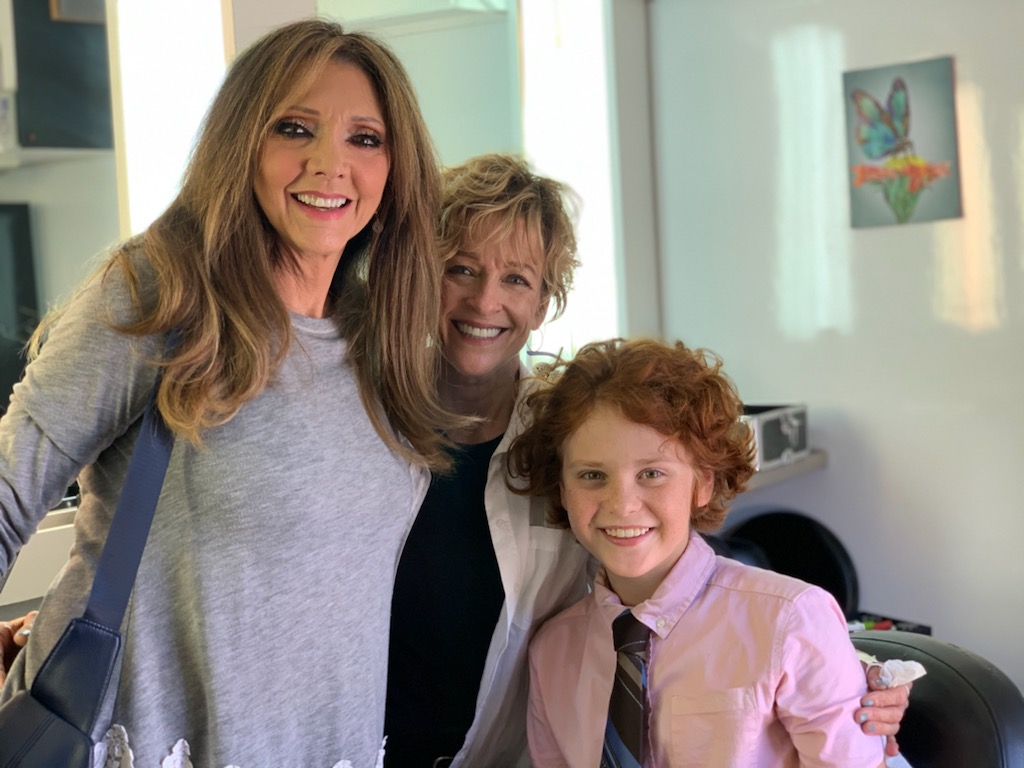 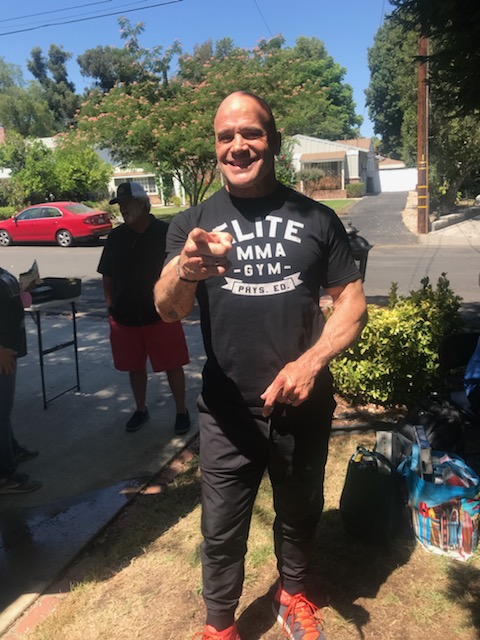 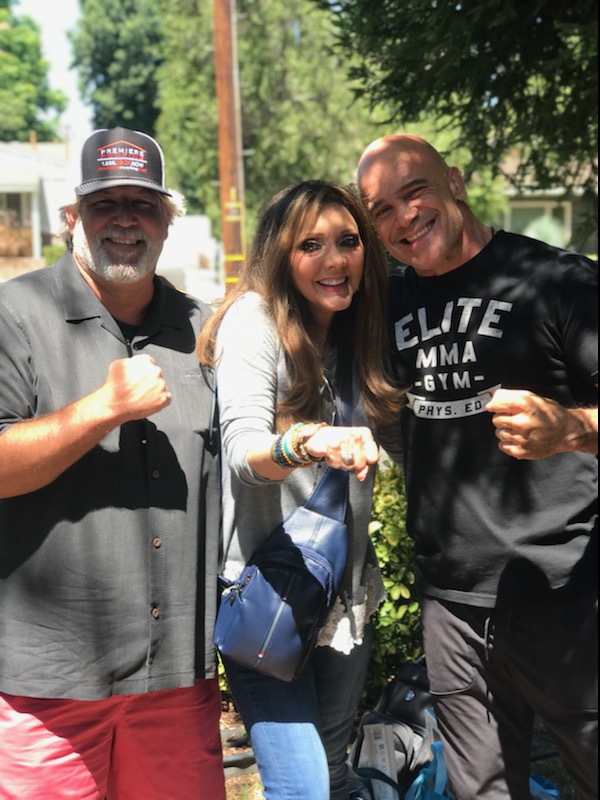 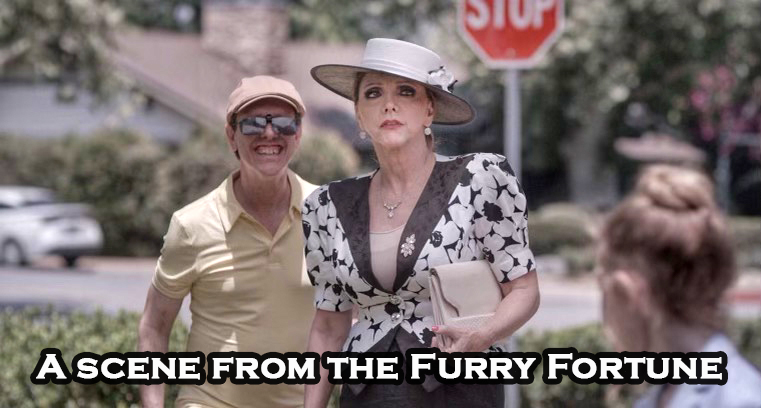 Today was great!  2 pics to share with you from behind the scenes:  The outfit as my character - the Aunt and an actual outdoor scene from the set with our star the dog- Nuzzles!! More later! 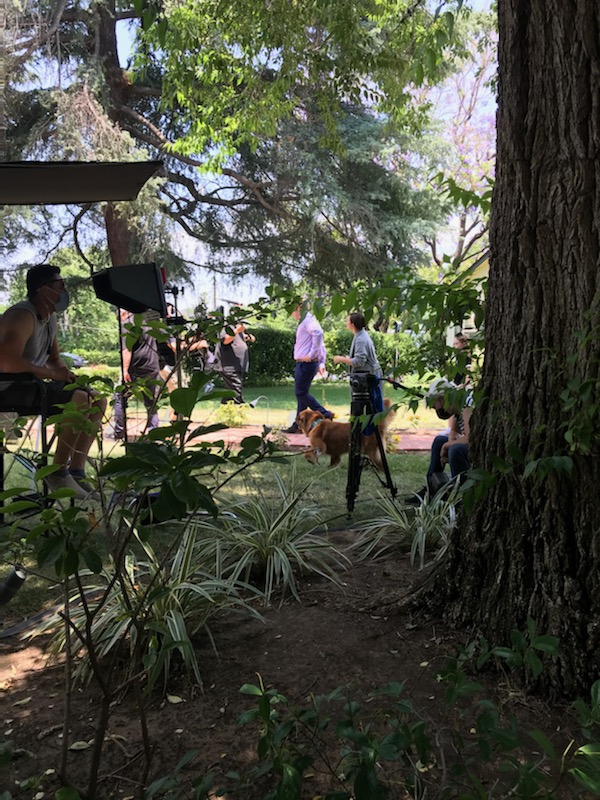 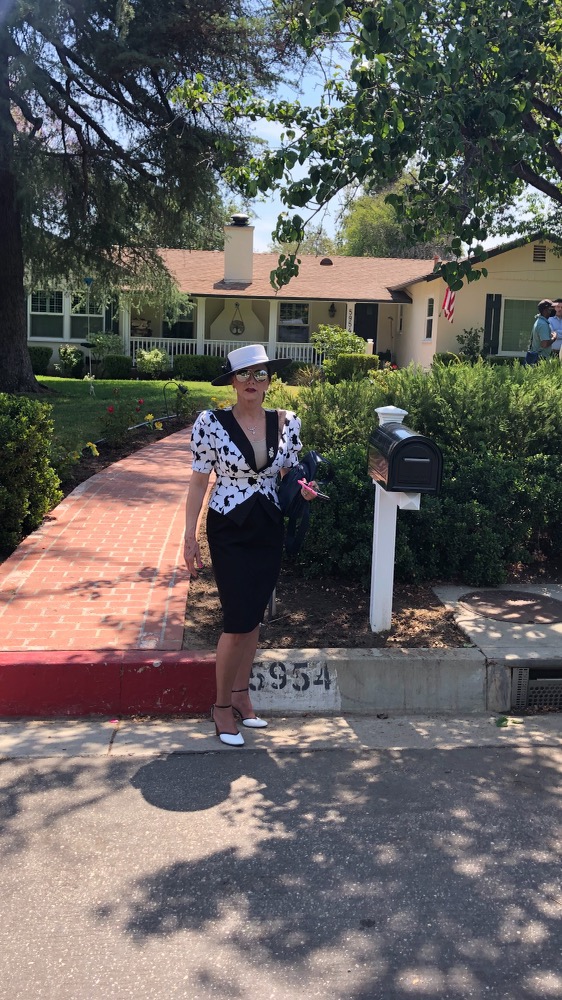 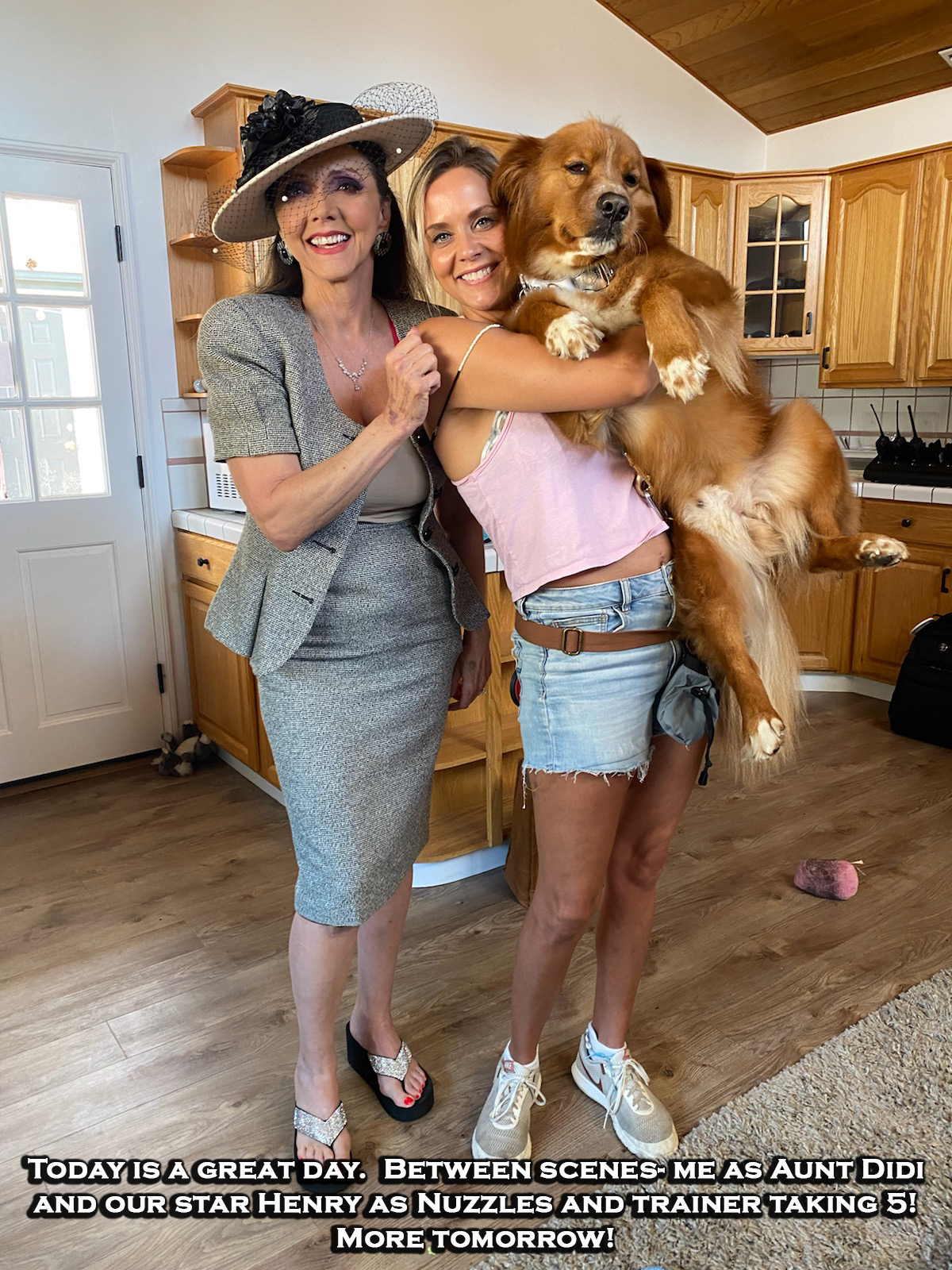 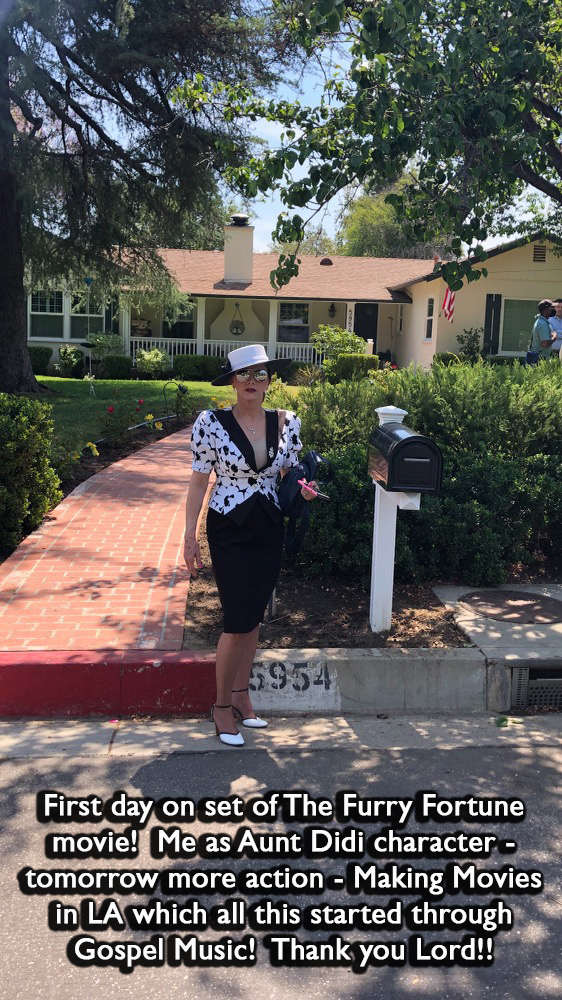 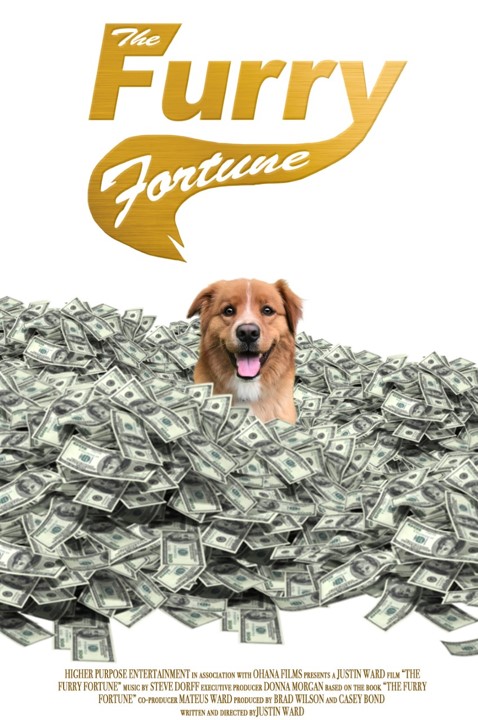