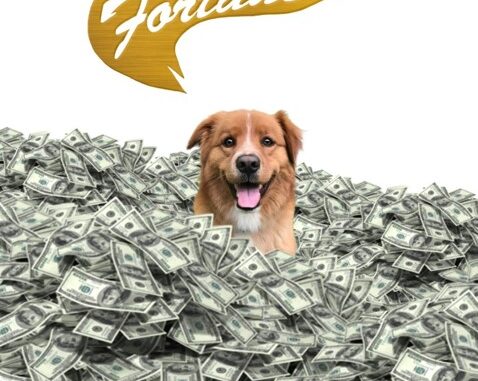 Special Thanks to DJs For The Airplay, Donna Morgan 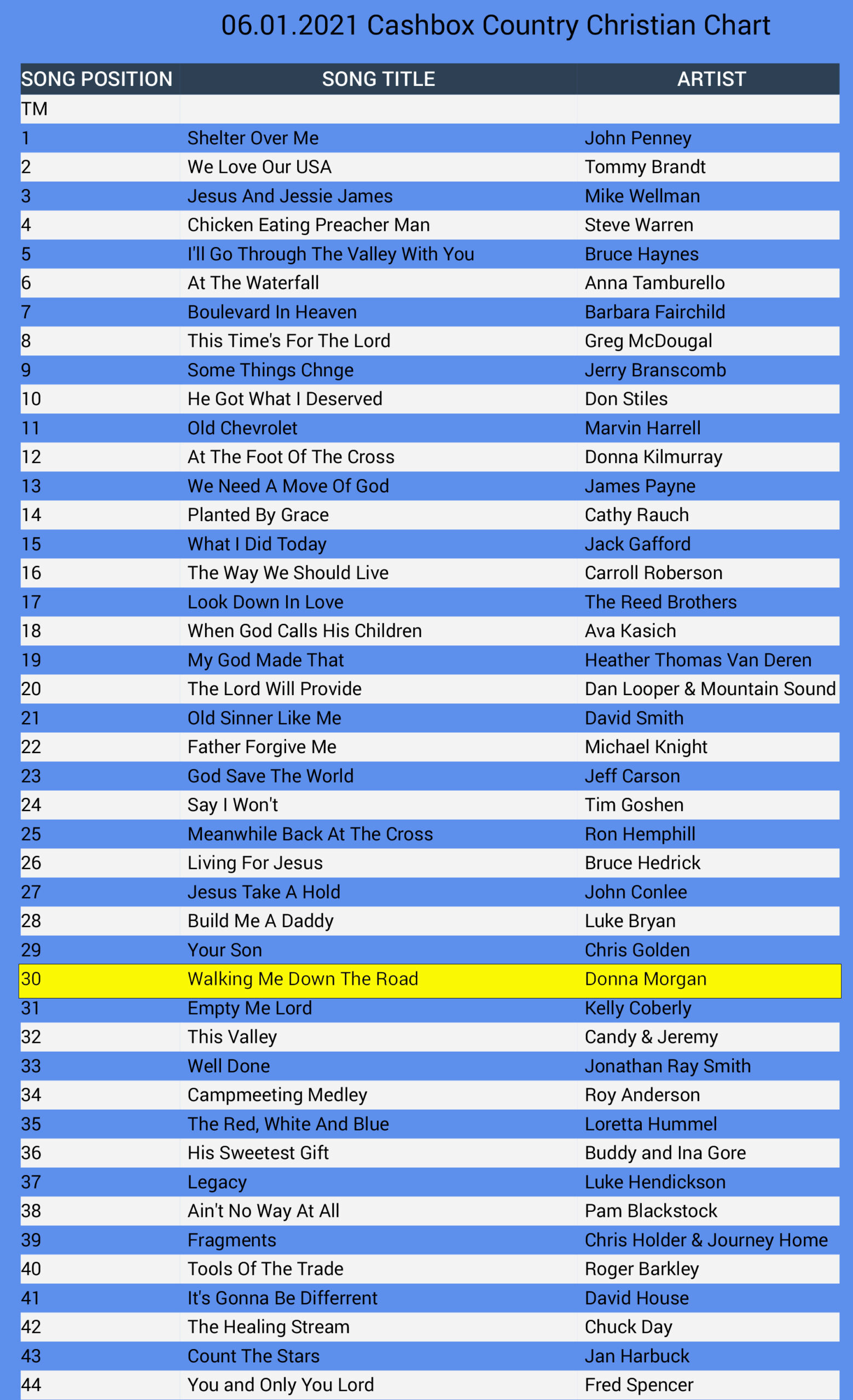 Walking Me Down The Road At #36 This Month, For Christian Voice  Country Magazine

Thank You DJ's For Playing Walking Me Down The Road, 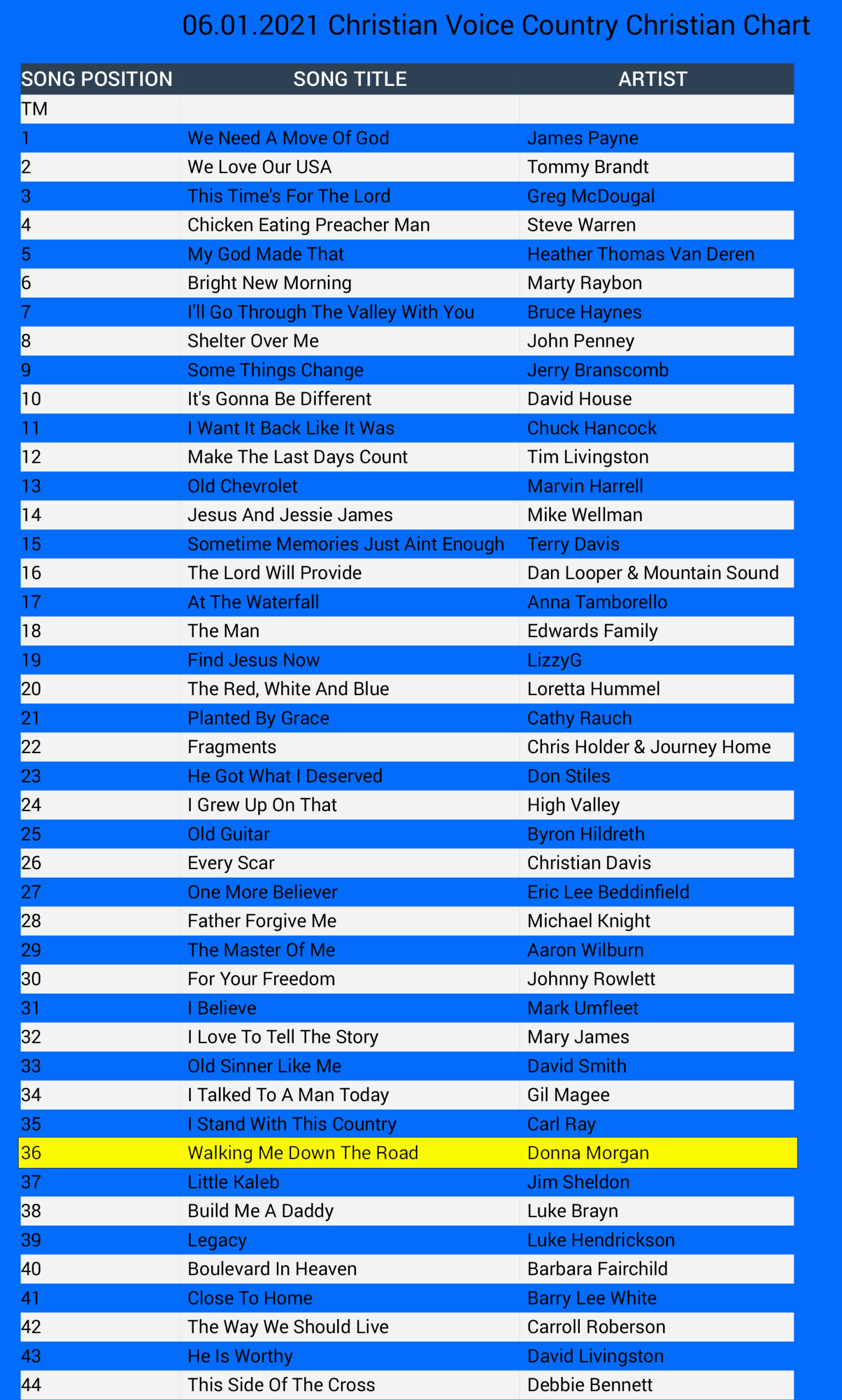 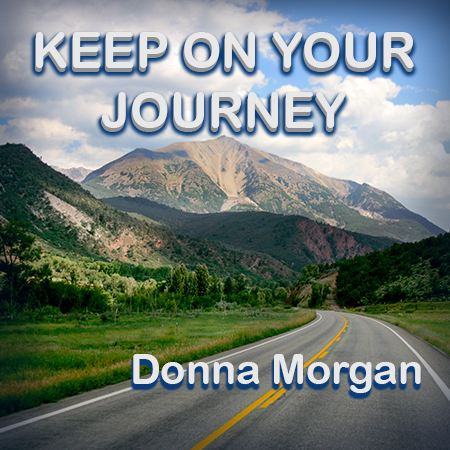 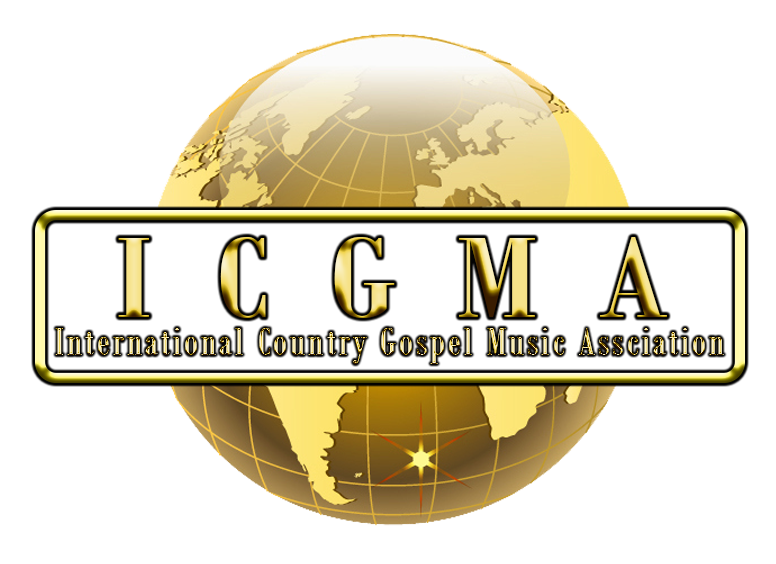 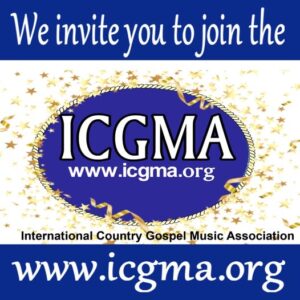 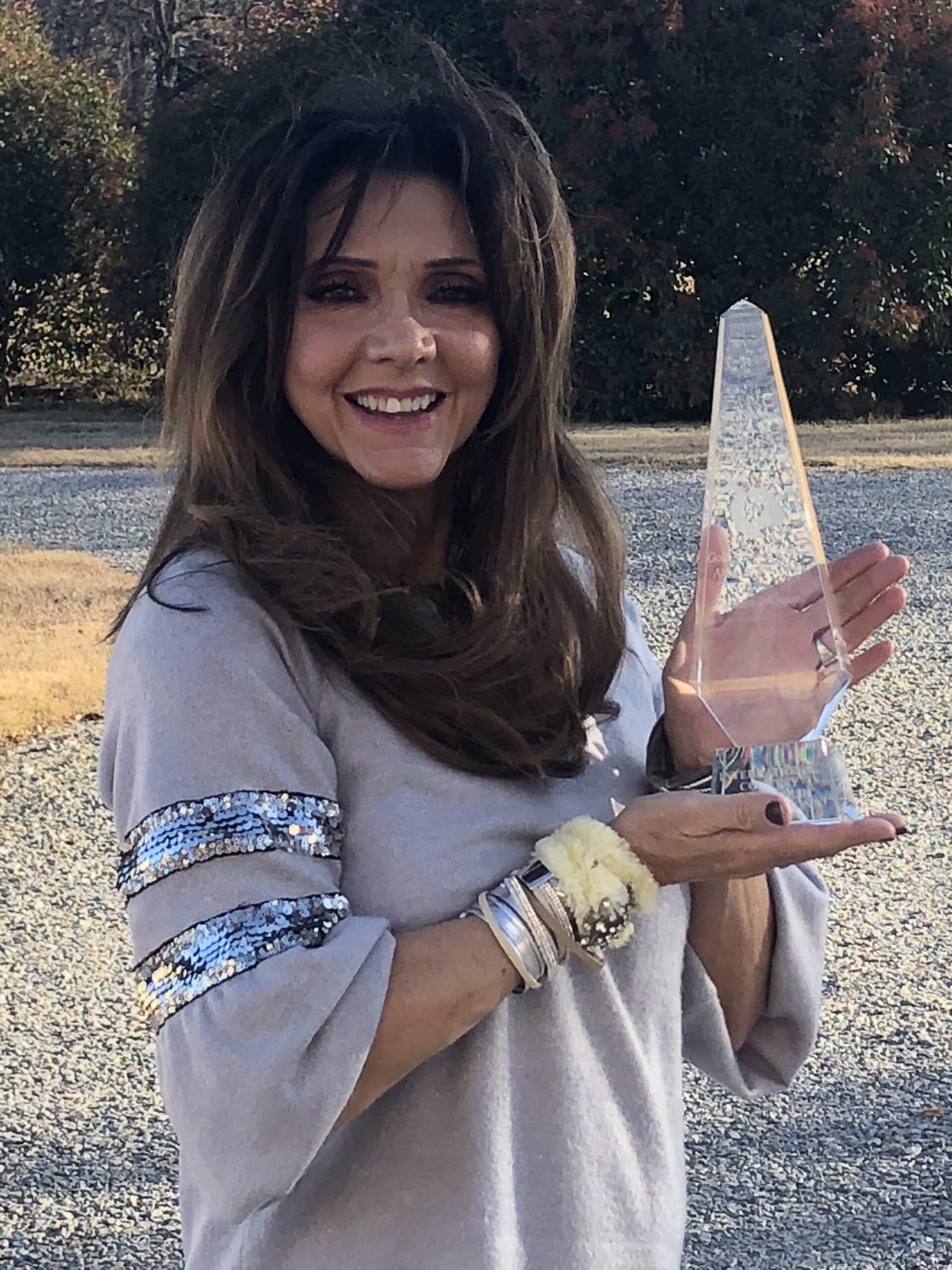 Donna Morgan ICGMA Gold Cross Winner
I am so proud to have won the 2020 Gold Cross Female Artist of the Year Award!
I am very honored and humbled.
Thank you so much for all the votes from the members of the ICGMA!
A fabulous organization!!
Donna Morgan

Whoever wrote them sent out a love message of encouragement, and I wanted to share it with you all. 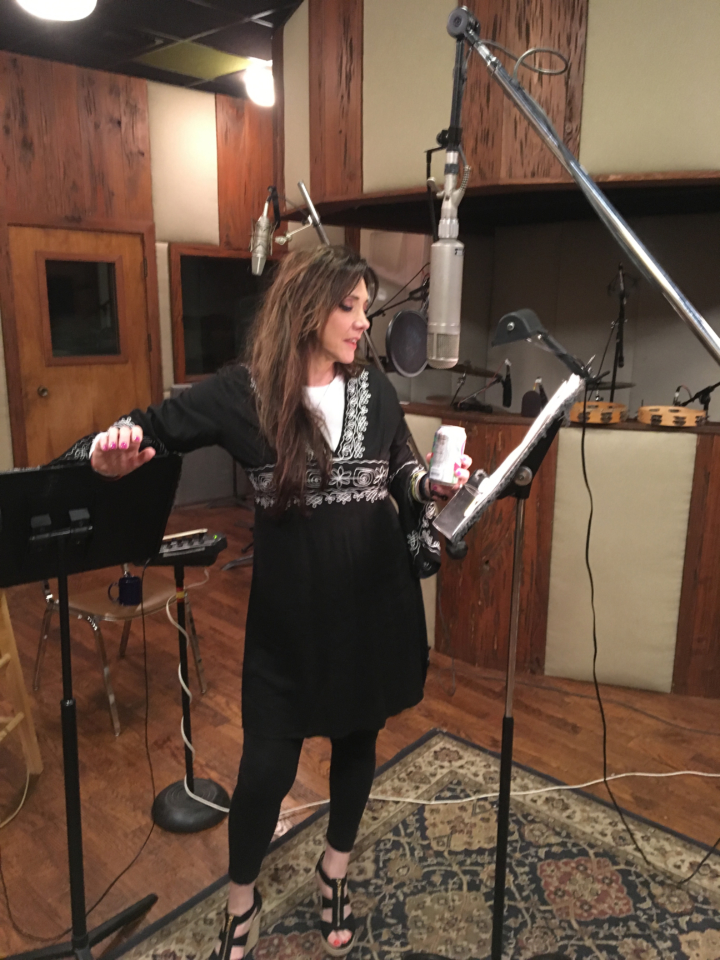 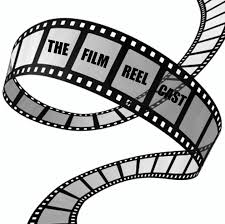 DON’T MISS OUT! THE FURRY FORTUNE 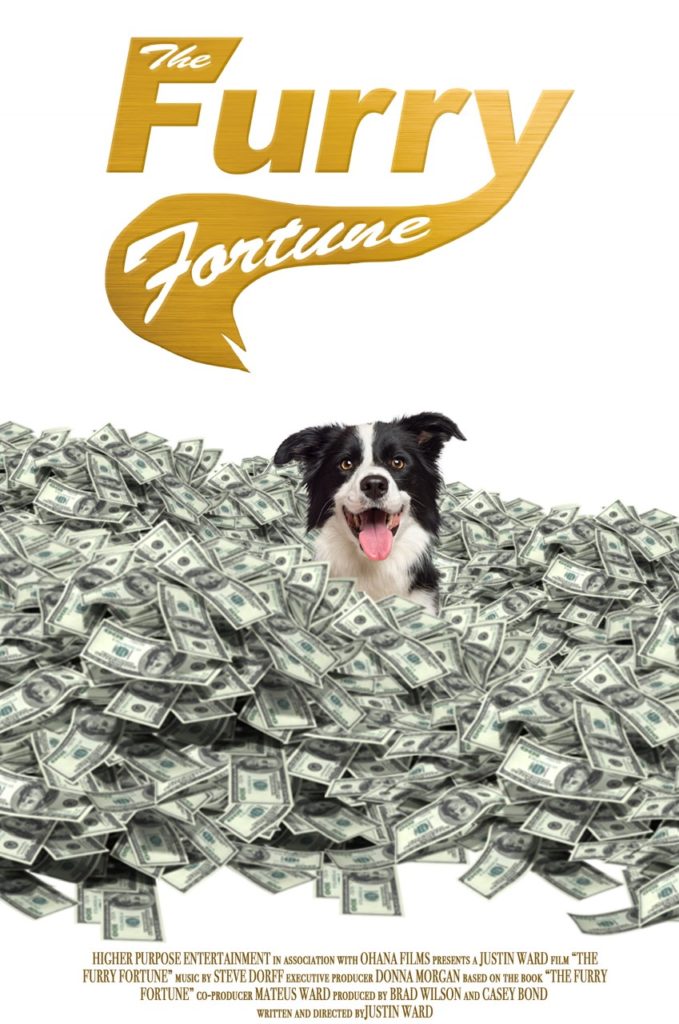 Hey all!
Thank you so much for your support and
concern regarding The Furry Fortune Movie.
We are on our way and have you guys to thank for making this happen!!
Stay with us because we will be starting pre production in January 2021
and I will keep you guys informed all the way!
Again thank you-  you have made a dream come true !!!
See you on the red carpet!! 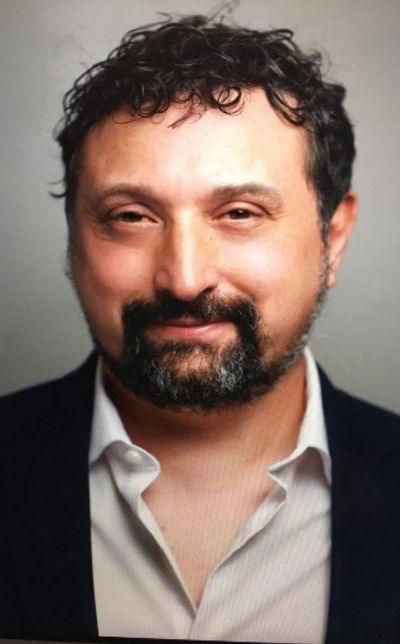 Excited to have such a Pro on the Team!

who is the director for ‘The Furry Fortune” movie

Ward's debut feature film was "The Meanest Man In Texas," which he co-wrote and directed, and was accepted into 14 film festivals, with 31 nominations and won 21 awards. Including, Houston WorldFest's Gold Remi Award (past winners of the Gold Remi include Steven Spielberg, George Lucas, Ang Lee, Ridley Scott, The Coen Brothers, Brian De Palma and Oliver Stone).

Ward also won Best First-Time Film Director at the American Movie Awards. The film was released in theaters in May of 2019, to three sold-out venues, and is currently available on Amazon Prime.

The Furry Fortune Movie team was formed starting with the Producer, Brad Wilson!
Long time association with big stars such as Robert Duvall! Love Robert Duvall movies? Who doesn’t !! If you check out the credits of Lonesome Dove -

Brad Wilson's name is listed on the credits!

Talk about knowing the business! He was the momentum toward this idea to produce a family friendly movie!

Check out his credentials at: furryfortunemovie.com

Next time: We’ll talk about the Director and his impressive talent that he will provide to this Furry Fortune Movie team!

My moto is: Let a kid be a kid!! After all, they are only kids for a short time before they grow up and handle the responsibilities of life!

PAW 🐾 POWER
Family Friendly and Fun!!
Be part owner of a movie and ownership of your children’s entertainment!! 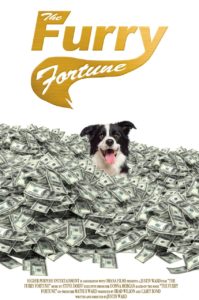 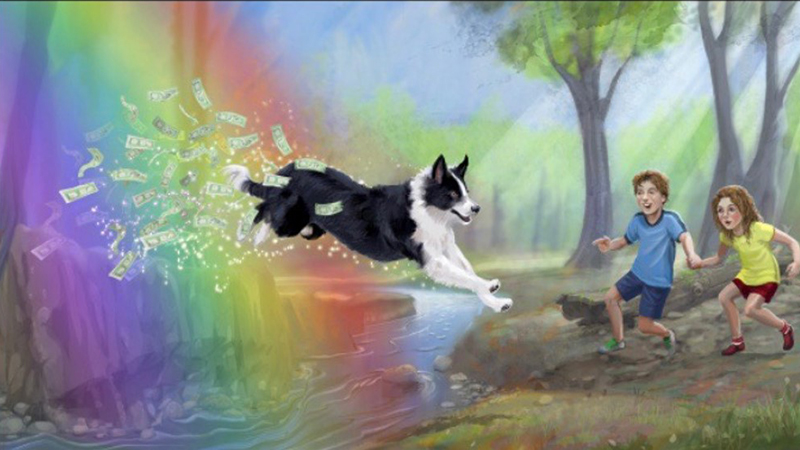 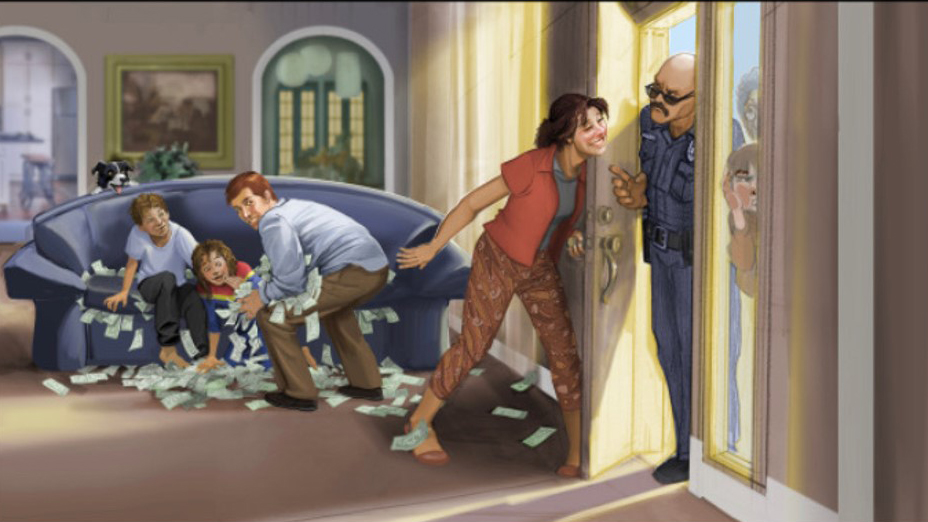 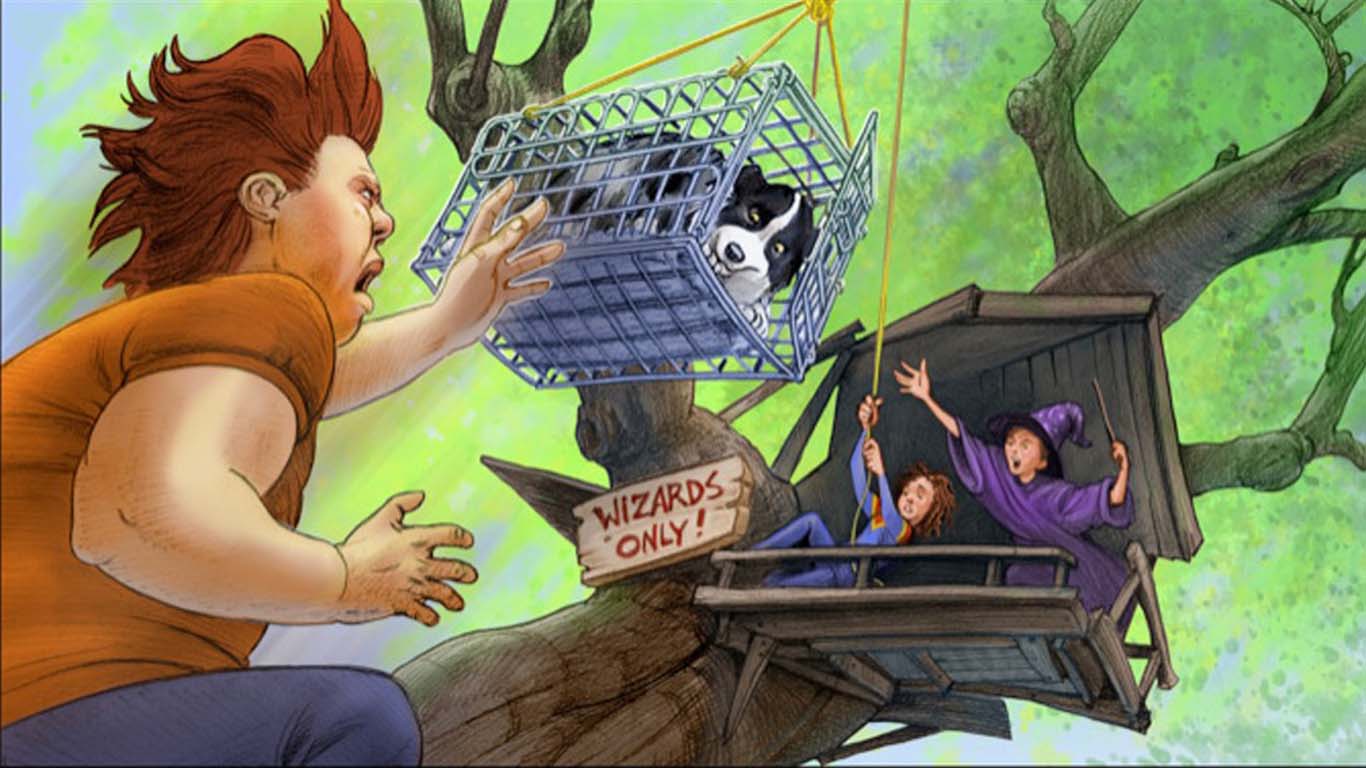 Think about all the successful movies and TV shows that have had dogs as the star! Lassie, Benji, Old Yeller, Dog's Journey, Marley and Me, 101 Dalmations... and now you can help THE FURRY FORTUNE join this list!! It will be a Hollywood family film that provides wholesome entertainment with non-stop adventure that is sure to please all age groups - and aren't you ready for that?

To join me as an investor (for as little as $100!) go to www.InvestFurryFortune.com. When you invest today, you get 20% more shares as a bonus.

Watch the awesome video, take a look at the different levels of investments and pick the one which is best for you!

Please support us so we can make a quality fun family movie and make entertainment a better place for our kids! Also, thank you for sharing this message with anyone you think might be interested in seeing their name in the credits of a real Hollywood movie!

Have you always wanted to see your name and your dog's name in lights?  Your chance is coming soon!!Stay tuned for details for your turn at:

A once in a lifetime chance!! 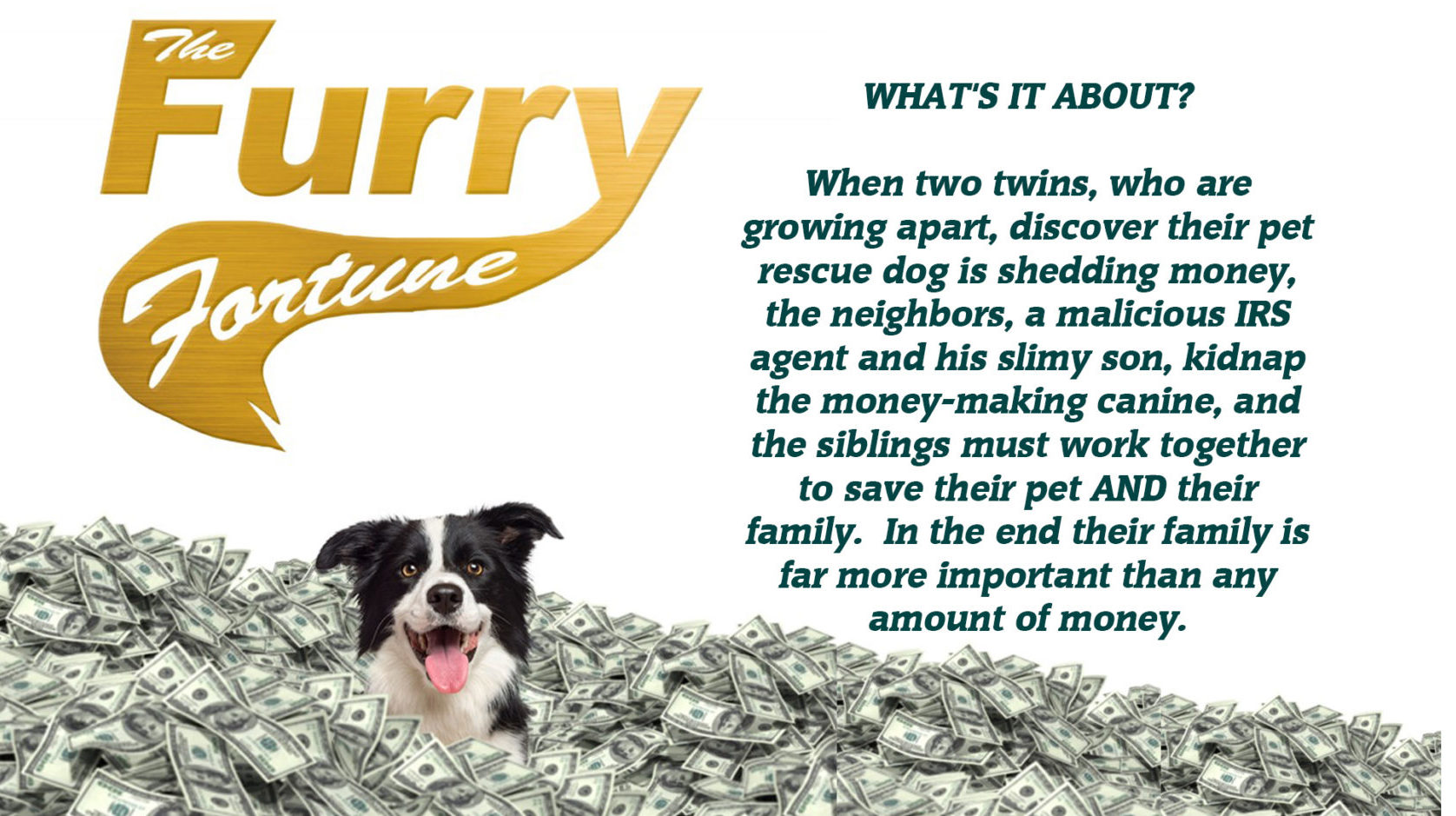 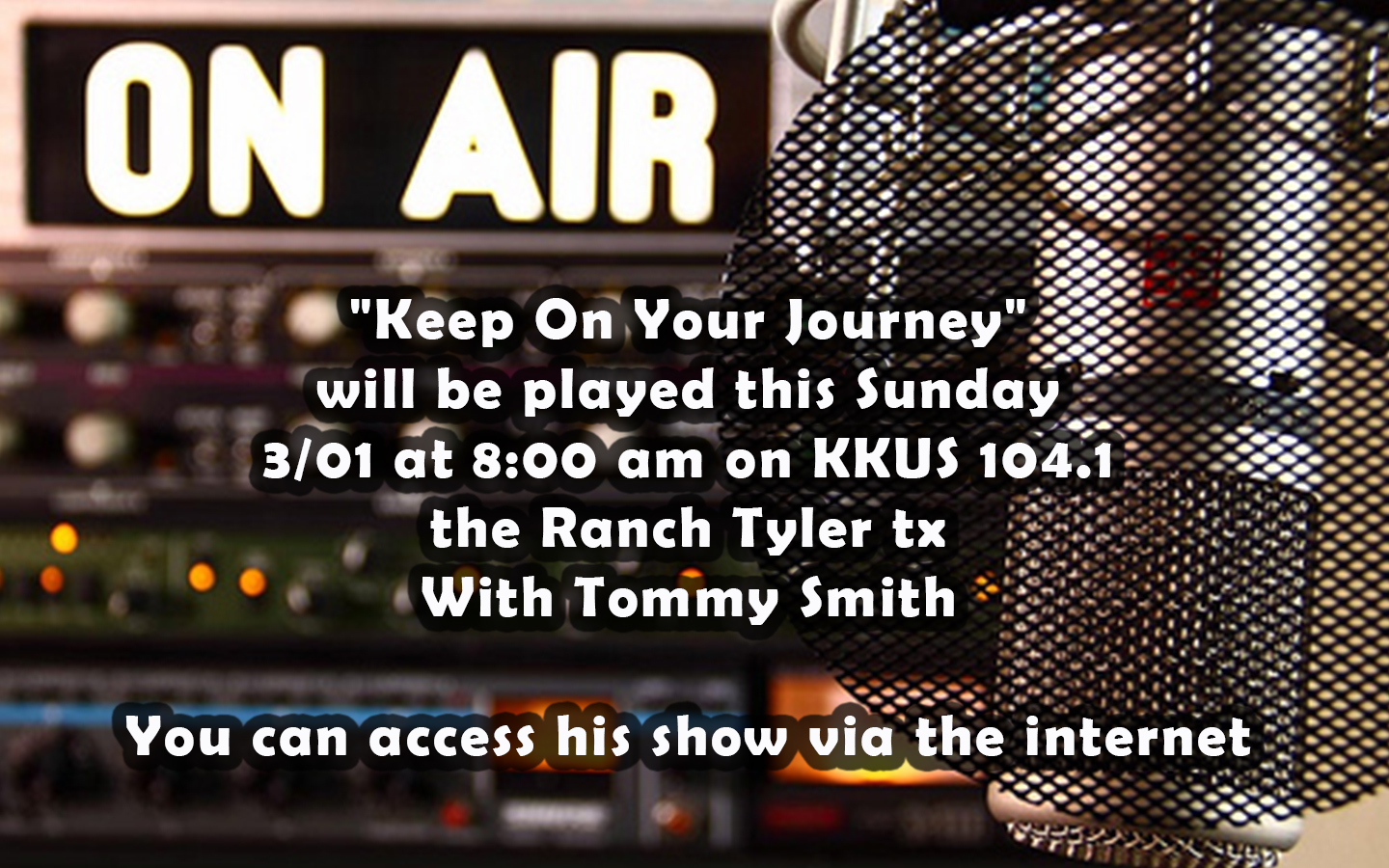 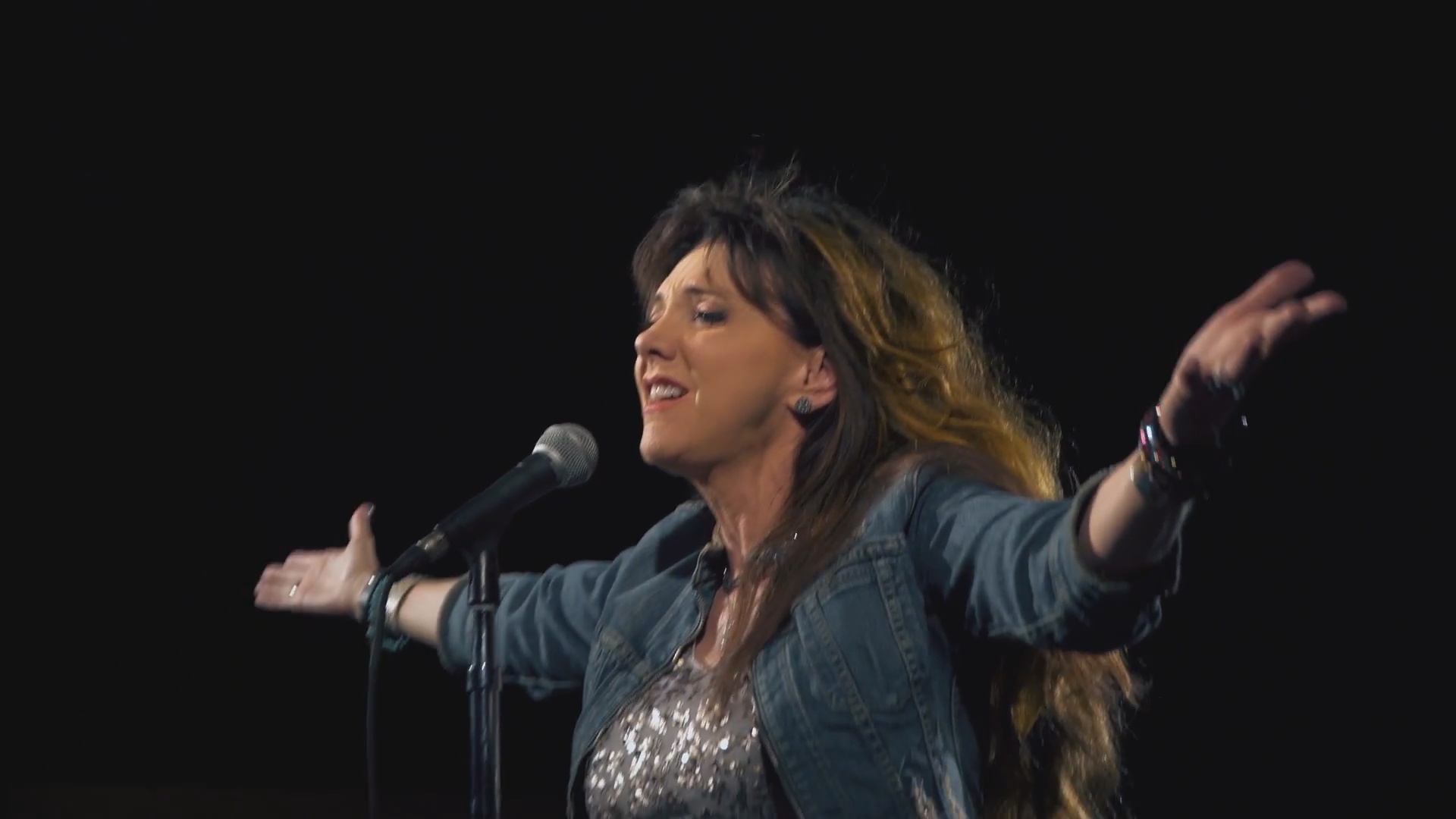 An icon in Traditional Gospel Music, Donna is best known For her Gospel Hymn Recreations as well as her Original Gospel creations. Her youthful spirit reflects true joy in the Lord and Her heart for the stage captivates audiences.

Great concert with bands from Tennessee and Arkansas! 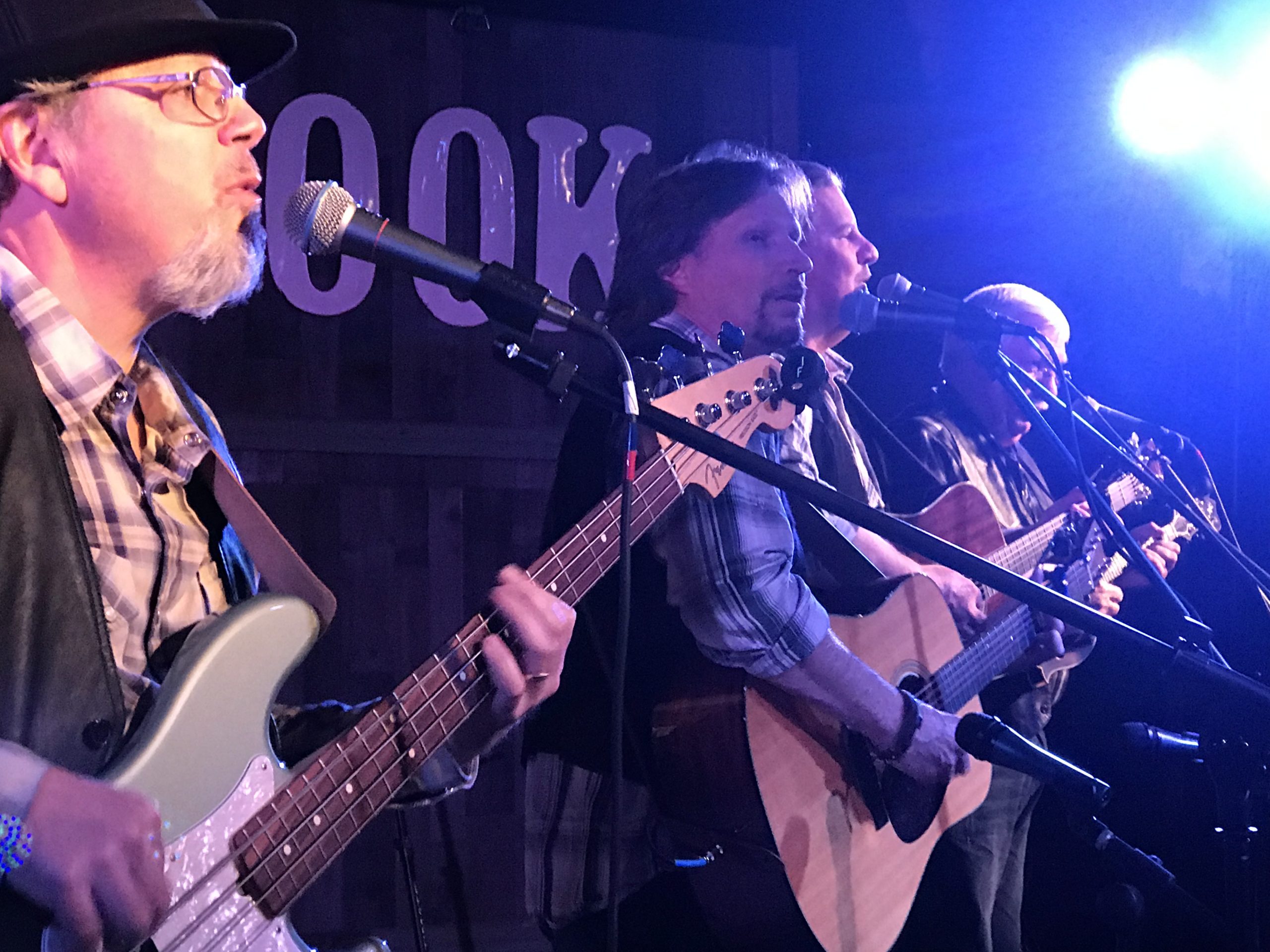 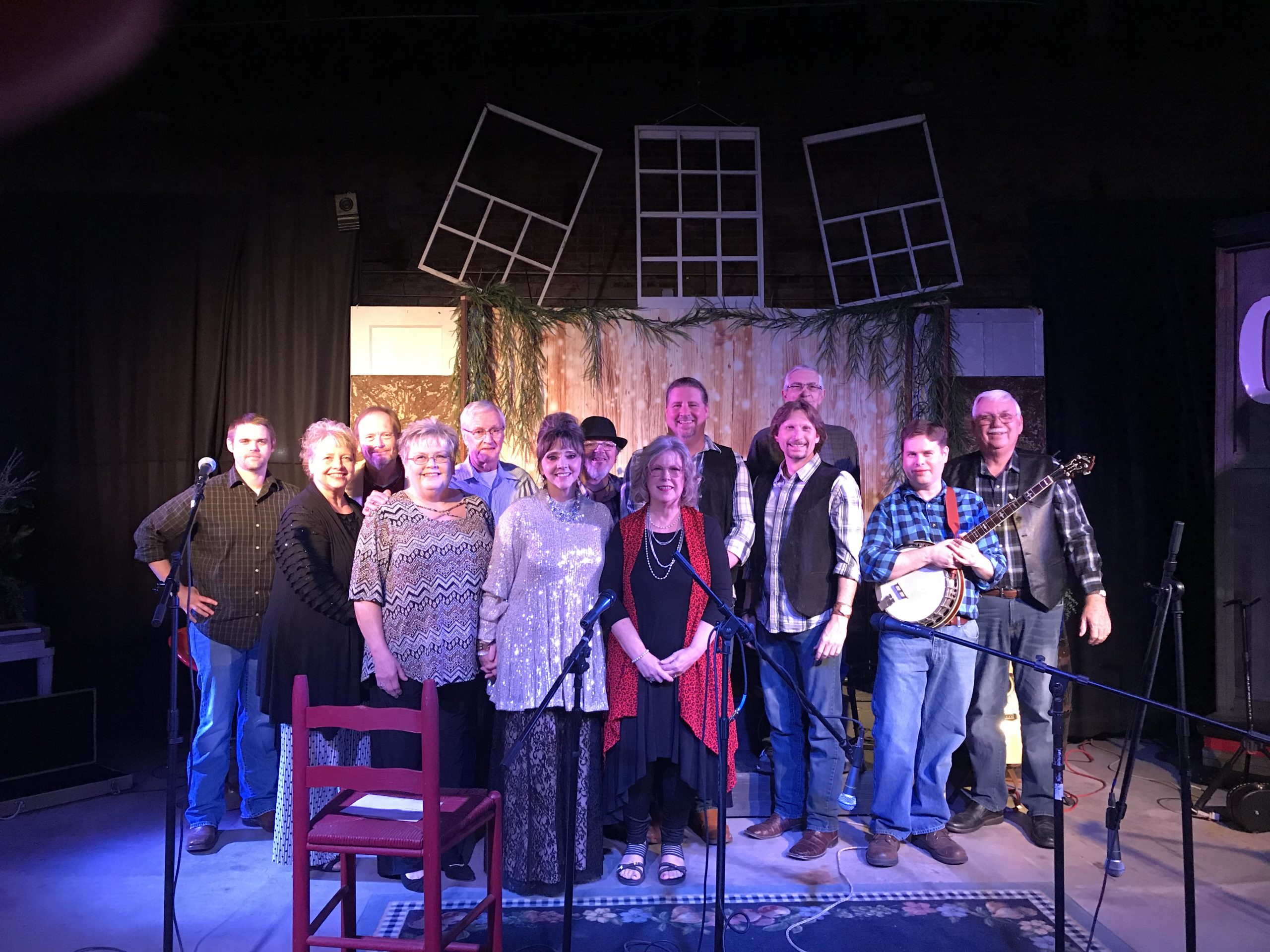 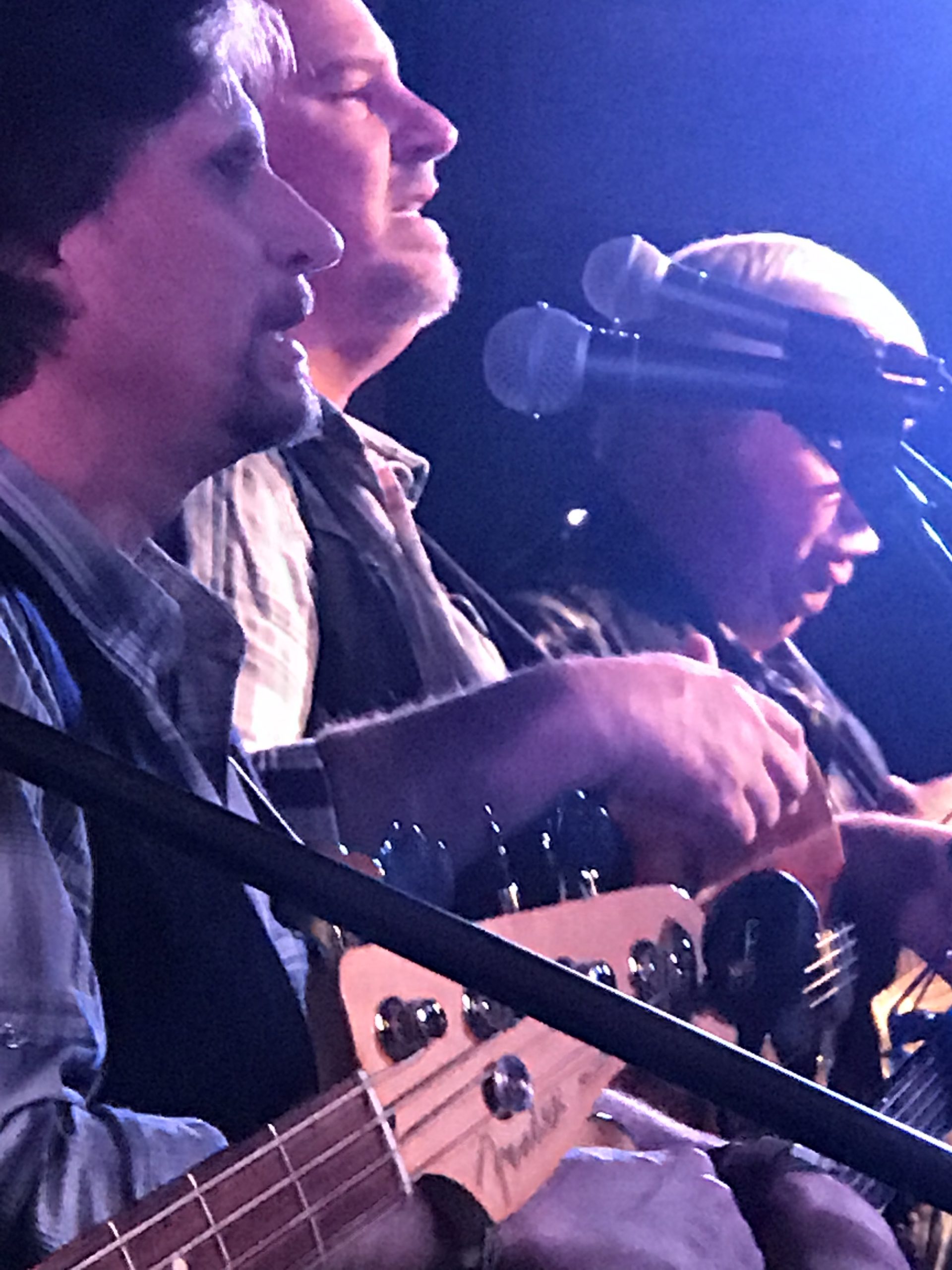 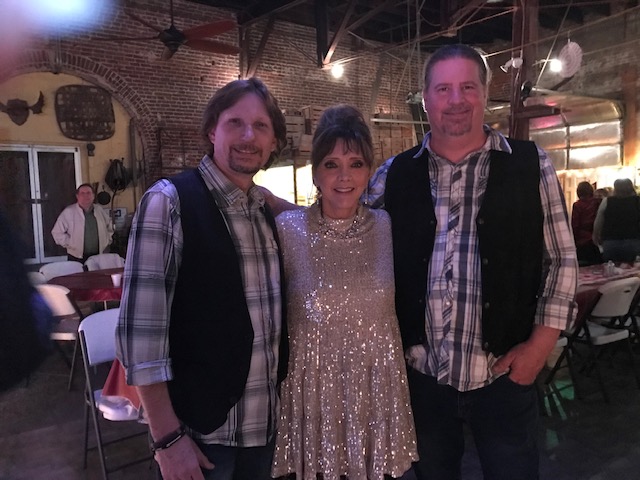 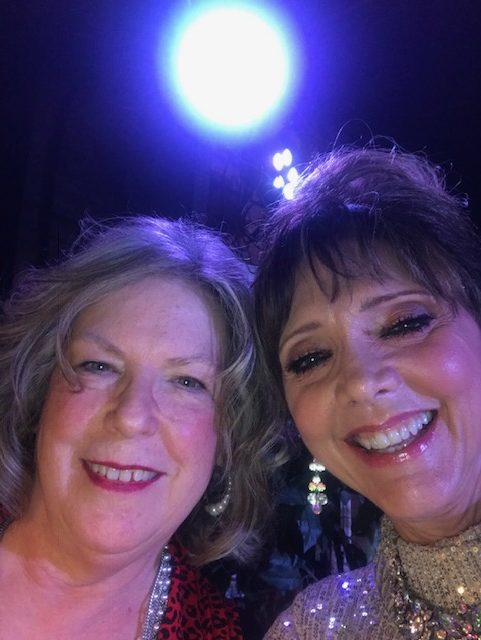 Dress Yourself With The Gospel 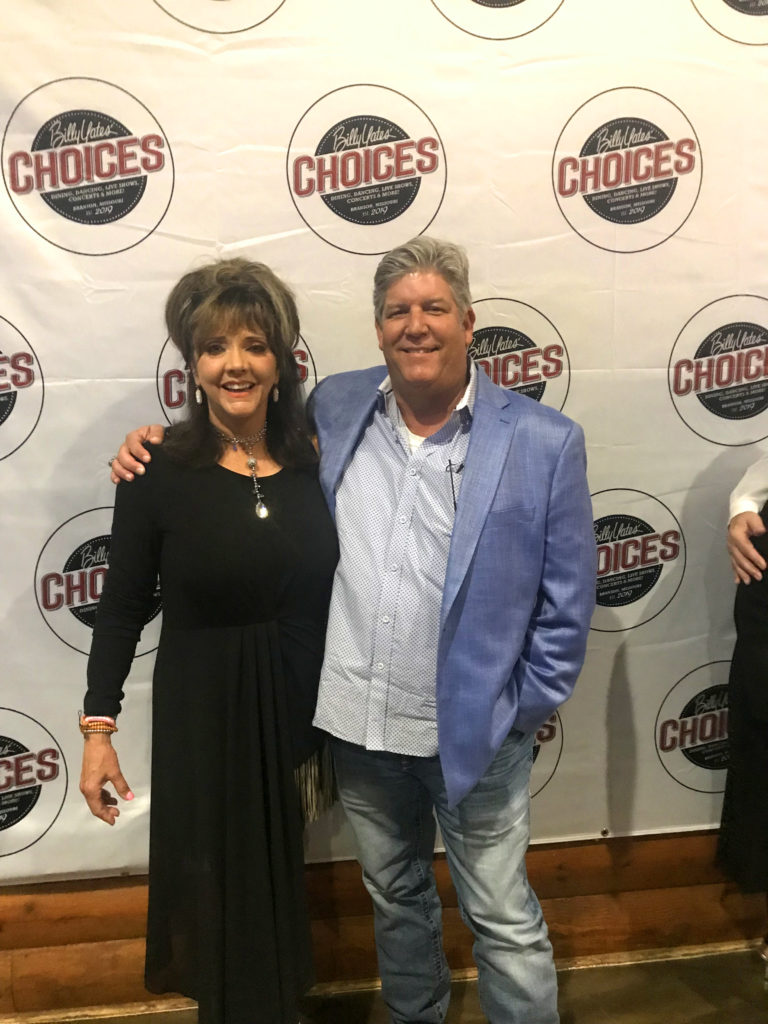 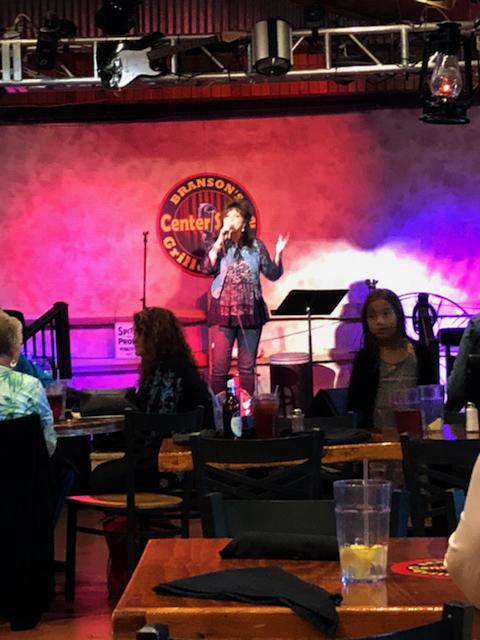 The Hottest New Cooking Show Around 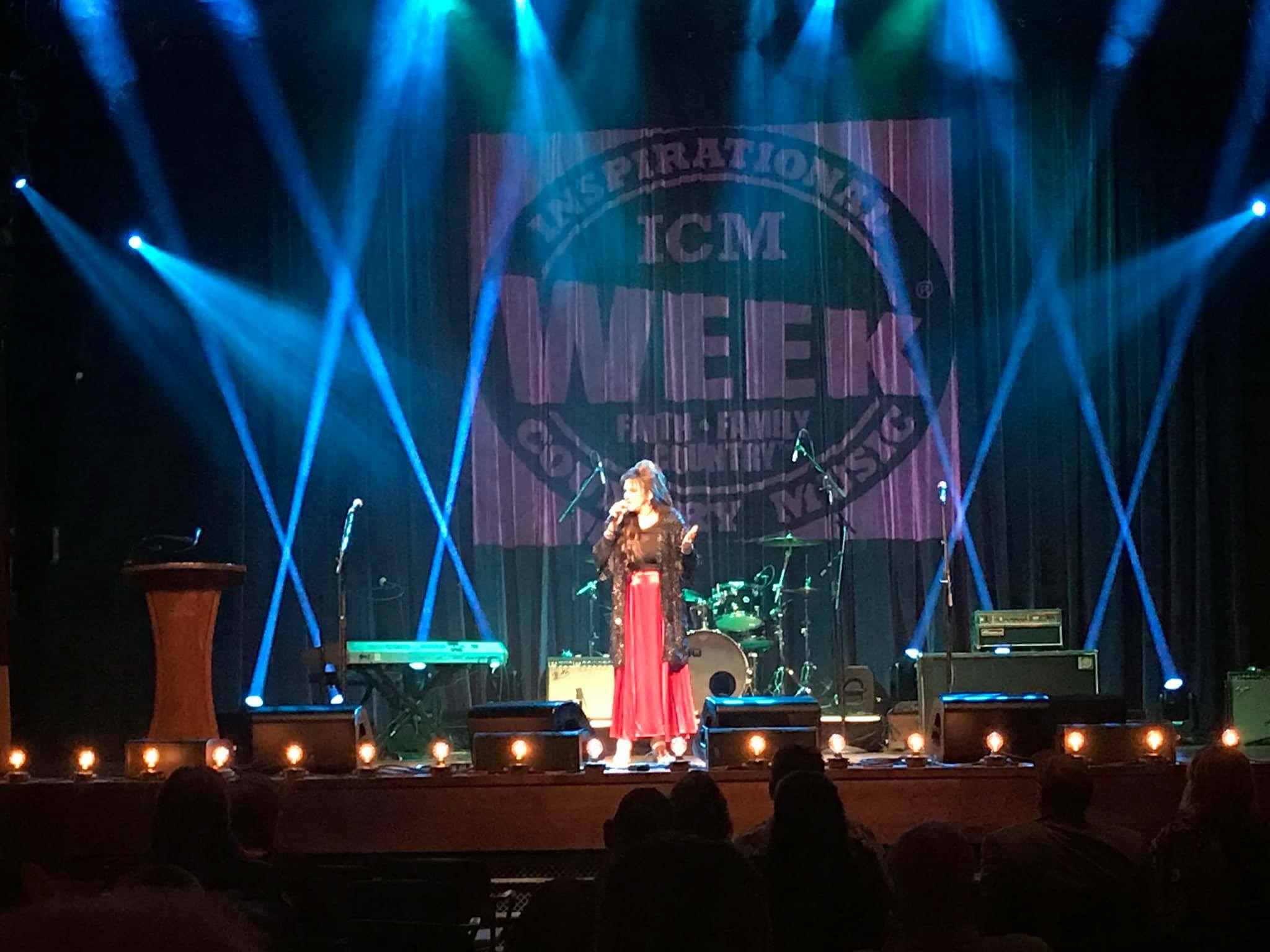 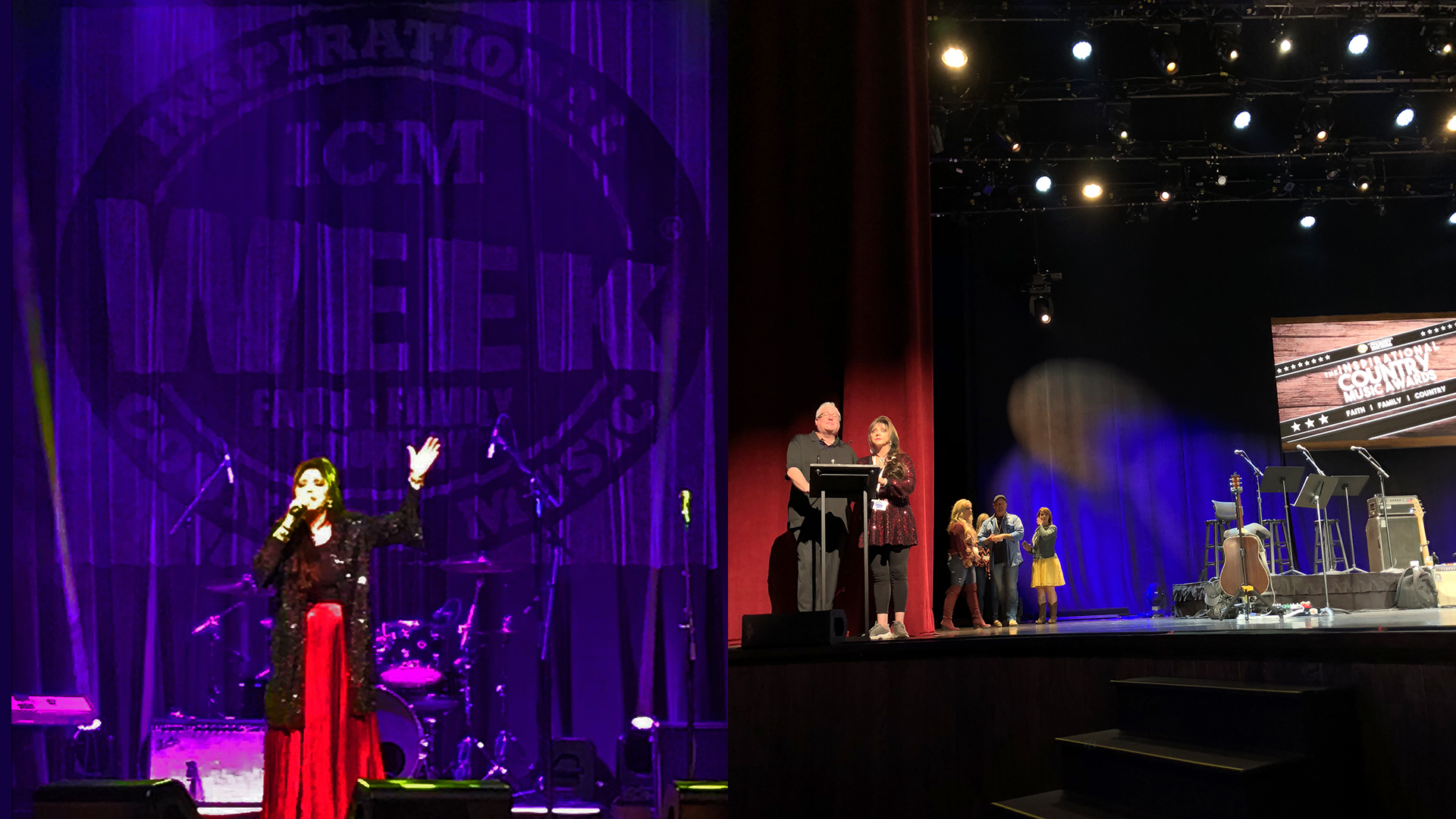 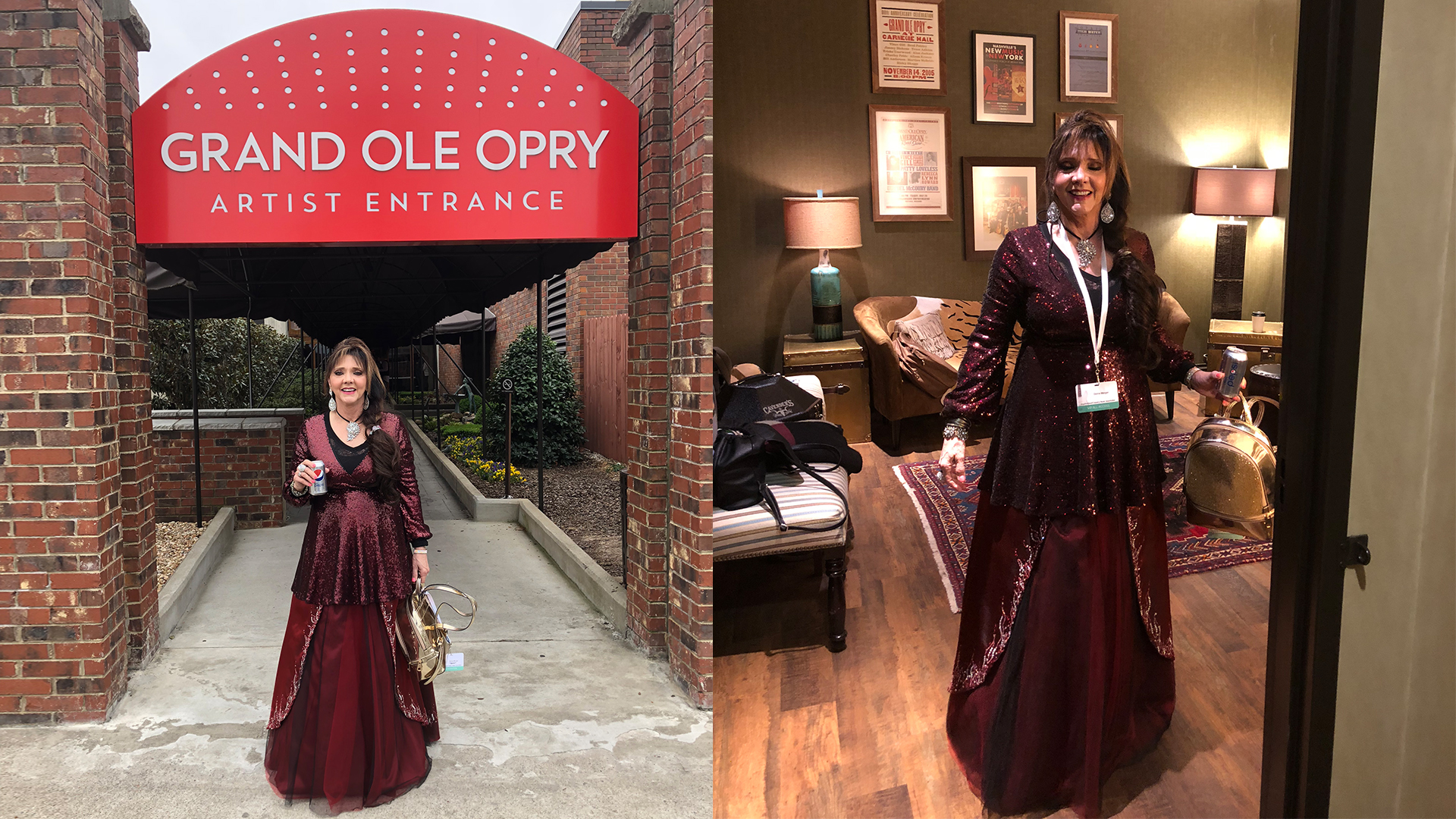 So excited to be nominated for 2 awards for the upcoming 63rd Annual ICGMA event being held in West Plains, MO this July.  The 2 nominations are for the
Female Golden Cross Award, And Video of the Year for “ I’m Gonna Live Forever”
So honored to be nominated and being a part of the ICGMA family
Thank you to those who nominated me for these prestigious categories!

New Release "I Choose The Lord"

To Visit My On Line Store Front Click On Picture Below